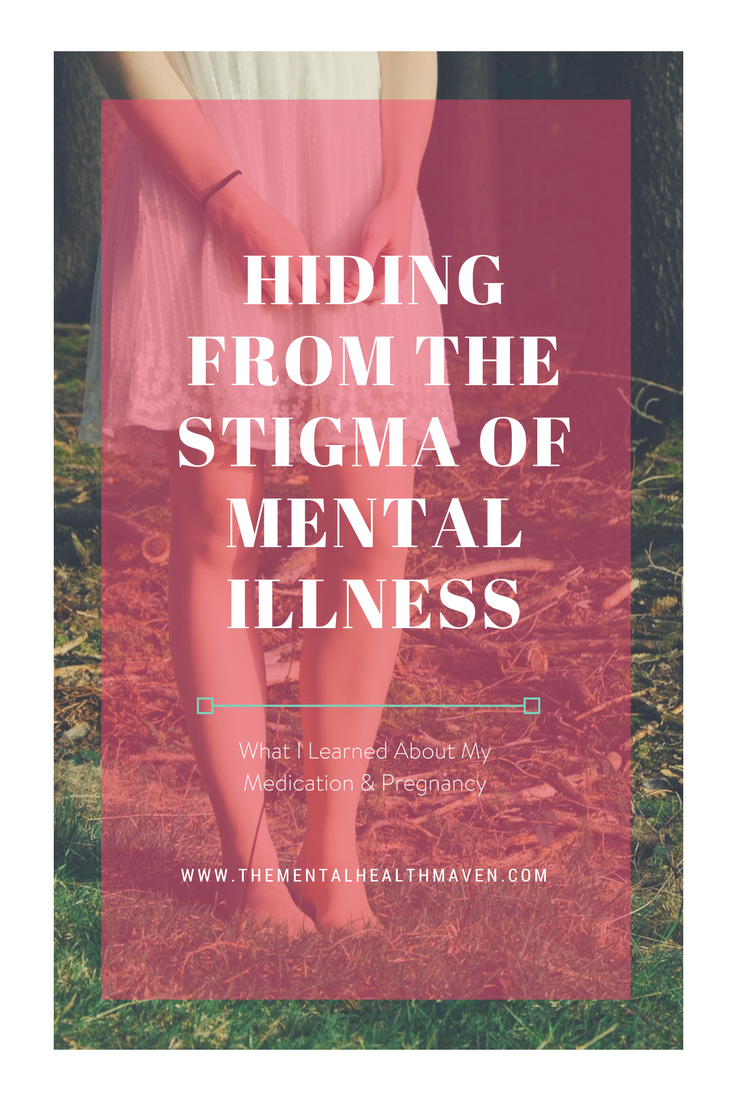 When I went to my soon to be husband with the idea for this blog, I knew he wouldn’t exactly be cheering me on. Don’t get me wrong, he is very supportive in most everything I decide to do, even when my bipolar fairies are circling me. Yes, like many bipolar people, I have a tendency to flip and flop on every big idea that I have. I knew that before I mentioned the idea of mental health and motherhood, that I had better be serious about it. I knew I would have to go to bat for the idea of declaring my mental illness to the world.

I also knew that if I wanted to feel fully supported, I had to get my husband on board which, as I mentioned, would be no easy feat. The first reason being that my husband has always been very tight-lipped about anything personal. This may have been one of the many things that attracted me in the first place, the intrigue of the unknown. Second, he was raised with the idea that certain mental illnesses were just a sign of weakness—the mind over matter mentality. Thankfully now he has a better understanding of what mental illness actually is, (only after a drastic move by me, we’ll discuss that in a later post) a chemical imbalance and not a sign of weakness. This blog had better be something I was willing to fight for.

After I had told him my big idea he asked lots of questions. He also gave me just as many suggestions that he thought would help protect me, including using a pseudonym for him, our twelve-year-old son, ten-year-old daughter and I.

We hadn’t agreed on many aspects of the blog just yet anyway, and this specifically seemed to ignite a small fire. The real discussion began, and we went round after round. Finally, he said, “It can affect my future career.” I knew that his dream job has always been a Ranger for Parks and Wildlife. He continued to explain how a blog about mental illness could put him in a difficult situation. As a branch of law enforcement, he would have to be completely out of the eye of the public to keep our family protected from the unknown certainties. Creating this blog would be doing the exact opposite.

I knew he had heard me complain about the lack of valid information on the risks of us getting pregnant and having a baby as a bipolar mother, time and time again. Even for someone like me that has a great idea of what they are looking for. For someone like my husband, knowing where to look was even harder. So I knew he understood the importance of bringing together multiple mental health educational tools in one place, but our conversation laid heavy on my heart. I knew I was meant to do this but how could I be responsible for dishonoring the wishes of my soon to be husband, where was the unity in that?

The next day, I talked to my business coach and to my fellow coaching cohort about the whole ordeal —to name or not to name. They, with full support and open arms, encouraged me to at least use my real name if my husband didn’t want me to use his. I walked out feeling inspired, how else was I going to break the stigma of mental illness if I was using a pseudonym!

That night, full of resonating empowerment from my cohort, I declared to my husband that I, in fact, was going to use my real name. I was ready for whatever he had to say to me. I had played all of the augmenting back and forth in my mind the entire drive home from Boulder.

I don’t think I took another breath, waiting for his opposition. Then it came, “I think that’s a good idea.” I was in a complete daze. Did I hear him right? No push back? No confrontation? In disbelief, I let all of the arguments that I had thought of spill out of my mouth. “I mean, because, how am I supposed to stop the stigma if I don’t lead by example, right?” He replied, “Right, but I don’t think you should use our names.” I finally agreed that using our children’s names wouldn’t prove as a benefit and maybe even draw others to cast judgement on them. Let’s face it, being a kid is hard enough without adding something else that might make them “different” from others. But, I was still insistent that I needed to use his real name.

I decided to let the subject go until we got home from our honeymoon. Surely by then he will have changed his mind. With wedding and honeymoon come and gone I brought it up again, “I think we should use your real name.” I was hoping this would come off as a nonchalant statement. Now, weeks later, I am still shocked about his reply, “I thought we decided to not to use my real name.”
My head was spinning; this wasn’t making sense. He had become so supportive of the journey I was about to travel and seemed to understand how much I needed this. I tried to ground myself, “In all honestly, I thought you would change your mind.”

After a moment, I realized it wasn’t his mind that needed to be changed; it is a society that needed to be changed. We are still living in a world where the stigma of mental health still existed. The world where my husband felt the need to ask me not to use his name on a blog because it could affect his future employment or his second amendment right because of the bills and laws popping up everywhere preventing the mental ill from being in positions of guns.

In the end, we needed to have this conversation as much as it hurt at times, I now find empowerment in it. Now this is something that fuels me to help break the stigma—so individuals like myself and their families aren’t judged by people who simply don’t understand mental illness. I hope that with your help, we can open the lines of communication to stop the stigma of mental illness and live without judgement in the land of the free and the home of us all, the brave.

Mental Illness and Flying Off Course

Mental Illness and Flying Off Course